Difference between JDK, JRE, and JVM

Difference between JDK, JRE, and JVM

We must understand the differences between JDK, JRE, and JVM before proceeding further to Java

If you want to get the detailed knowledge of Java Virtual Machine, move to the next page. Firstly, let's see the differences between the JDK, JRE, and JVM.

JVM (Java Virtual Machine) is an abstract machine. It is called a virtual machine because it doesn't physically exist. It is a specification that provides a runtime environment in which Java bytecode can be executed. It can also run those programs which are written in other languages and compiled to Java bytecode.

JVMs are available for many hardware and software platforms. JVM, JRE, and JDK are platform dependent because the configuration of each OS

is different from each other. However, Java is platform independent. There are three notions of the JVM: specification, implementation, and instance.

The implementation of JVM is also actively released by other companies besides Sun Micro Systems. 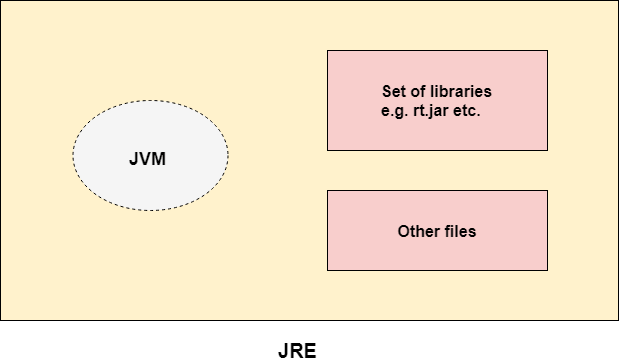 JDK is an implementation of any one of the below given Java Platforms released by Oracle Corporation:

The JDK contains a private Java Virtual Machine (JVM) and a few other resources such as an interpreter/loader (java), a compiler (javac), an archiver (jar), a documentation generator (Javadoc), etc. to complete the development of a Java Application. 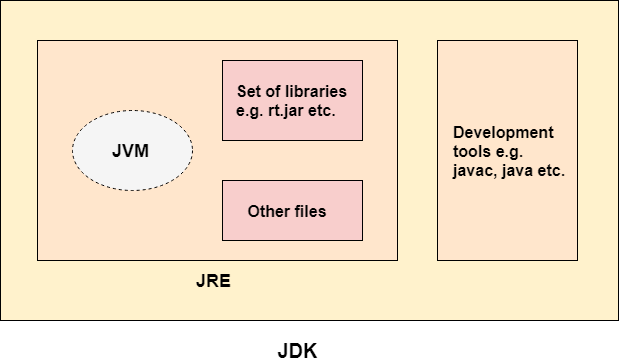 Back to main Blog Page